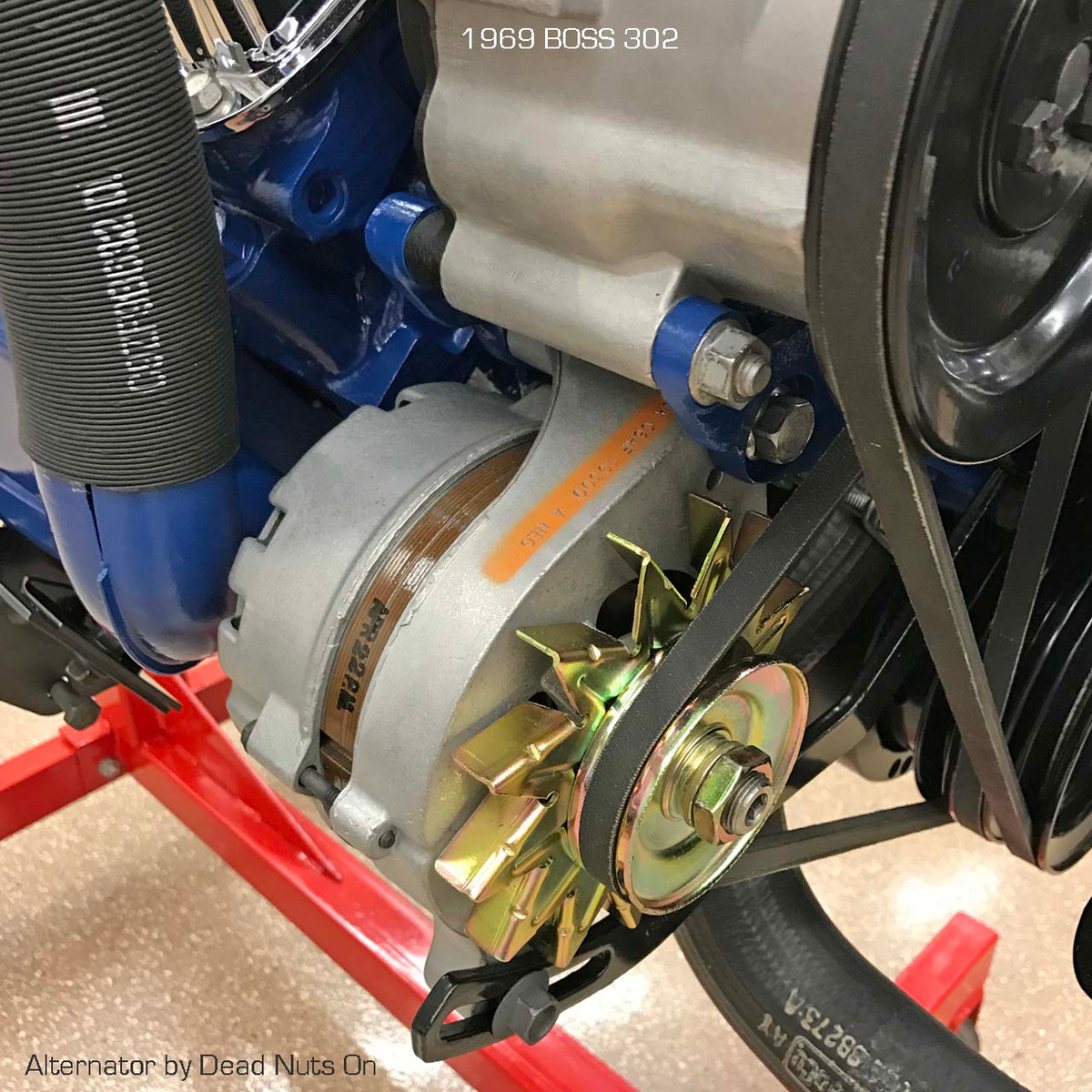 1969 BOSS 302 PULLEY
C5AF-10A352-L single sheave pulley is what we believe to be the correct pulley. The engineering number can be on the front or the back of the pulley. The reproduction 2.62" single sheave pulley made today to replace this pulley has a slightly smaller diameter and it doesn't look exactly like the originals but its the only pulley available.

4/27/20 Update: We had an original owner of a May 29, 1969 built BOSS 302 report to us that his car still has its original C6AF-10300-A orange ink stamped alternator not the later die stamped version. The car was scheduled to be built almost a month before the actual production date. Since this was around the change over date to the die stamped alternators it's plausible that some cars received the earlier ink stamp version due to stock rotation. He also reports it had smaller C5AF-10A352-L pulley we have found on previous documented alternators.